Protesting Against the Abuse of Palestinian Children 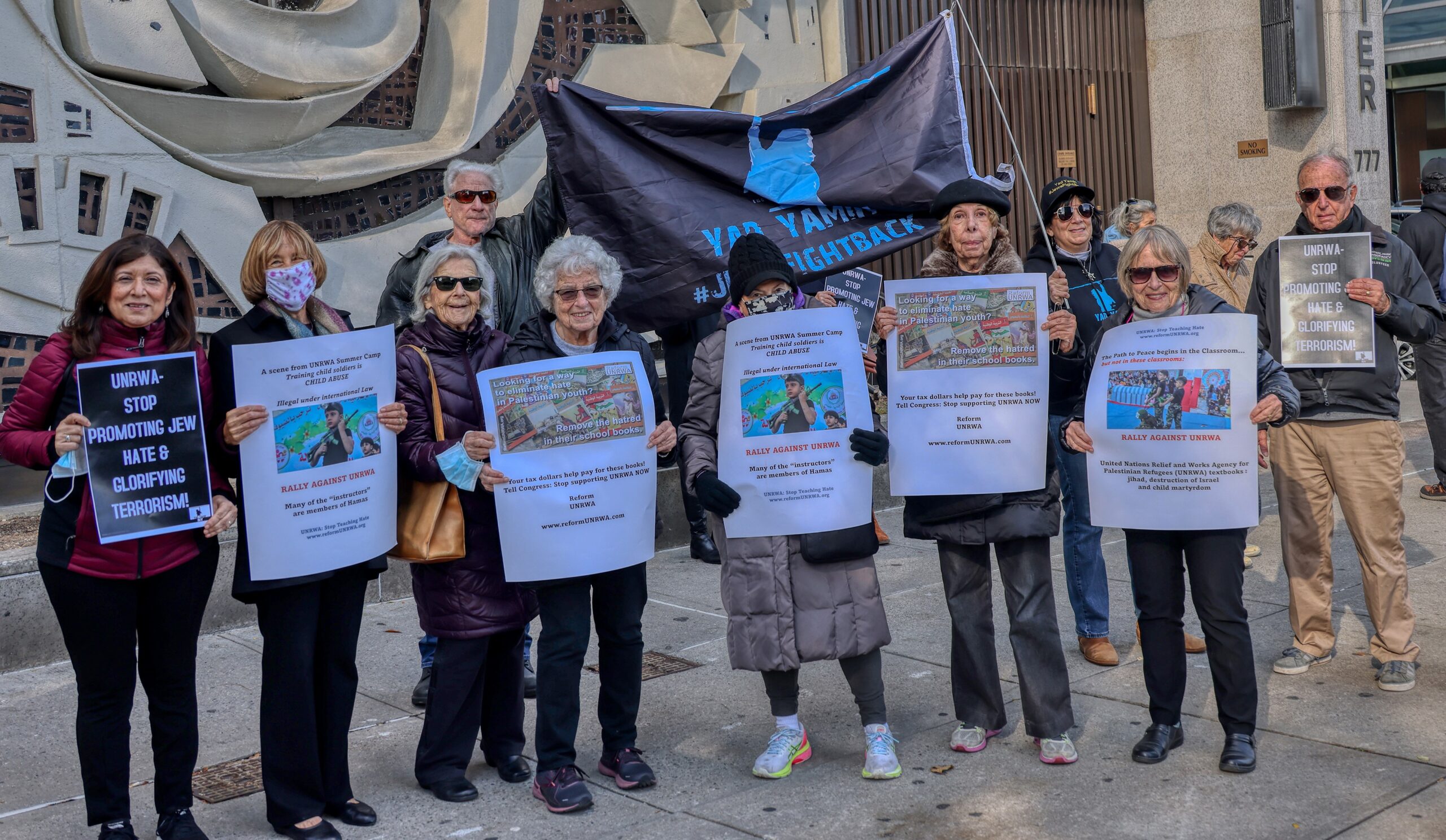 ICJW’s representatives at the United Nations in New York participated in a protest rally near the New York office of the United Nations Relief and Works Agency (UNRWA), together with other Jewish NGOs at the UN, The Lawfare Project , Yad Yamin NYC, and the #EndJewHatred movement.  Another similar demonstration took place simultaneously near the UNRWA office in Washington D.C.

By protesting on the day before Universal Children’s Day, our objective was to publicize the inciteful and hate-filled education provided to Palestinian children in the schools run by UNRWA.

We protested both the inciteful education which teaches the Palestinian children to glorify martyrdom and to wage jihad against the Jews of Israel and the UNRWA summer camps in which children as young as nine are trained to be soldiers.  The training of children less than 15 years old to be soldiers is a violation of the Convention on the Rights of the Child and is considered child abuse. The protest was quite energetic.  Joan Lurie gave a short speech including a reading of a poem from a third grade lesson in a Palestinian girls’ school, and Karen LichtBraun, leader of Yad Yamin NYC, led a chant.

We believe that the path to peace begins in the classroom, because Jews and Palestinians will never be able to negotiate a lasting peace while Palestinian children are being indoctrinated to believe in the destruction of the State of Israel. The training of child soldiers is a violation of the UN Convention on the rights of the child.  It is very appropriate that our demonstrations took place on the day before Universal Children’s Day, November 20.

ICJW and other Jewish NGOs at the United Nations and campaigners around the world are working to end three generations of UNRWA indoctrination and we have seen some successes.  For example, the UK has suspended funding to UNRWA because of their curriculum, and various groups in the EU have noted that the education is unacceptable. In the US, however, Congress has just restored funding to UNRWA.

Find out more about our campaign UNRWA: Stop Teaching Hate! at www.reformUNRWA.org