Commemorating 25 Years since the AMIA Terrorist Attack in Argentina 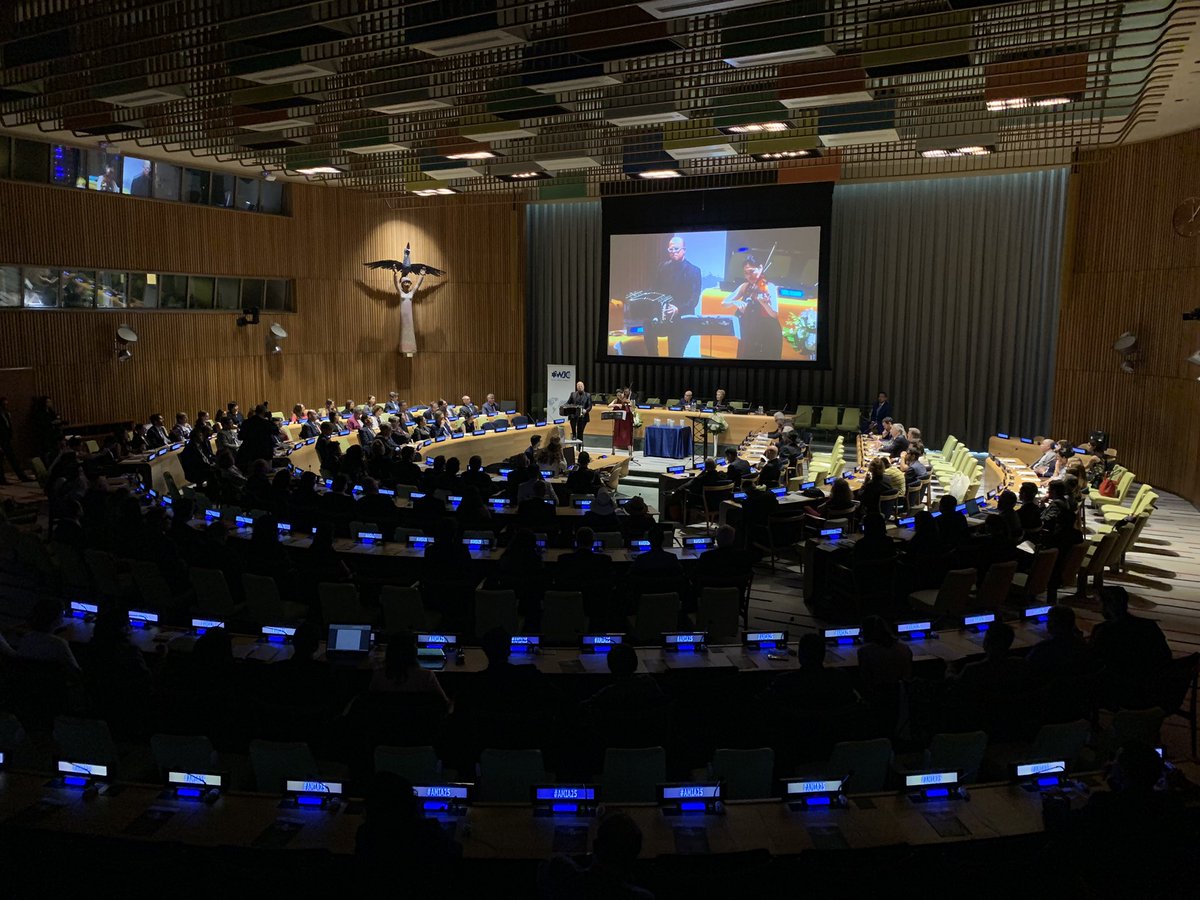 Fran Butensky, Madeleine Brecher and Joan Lurie Goldberg attended the Commemoration of the 25th Anniversary of the Terrorist Attack on the AMIA, as ICJW’s representatives at the UN New York.

2019 marks the 25th anniversary of the terrorist attack at the AMIA (Asociacion Mutual Israelita Argentina), the center of Jewish life in Buenos Aires. 85 people were killed and hundreds were injured in what was claimed to be the worst terrorist attack in Argentina’s history. AMIA was targeted because it was one of the most active Jewish communities in the world. The Permanent Mission of Argentina to the United Nations presented the event to honor the memory of the victims with a heartfelt homage.

The program began with a musical tribute and was followed by horrific and gripping film clips showing scenes of the actual attack. The Permanent Representative of Argentina to the United Nations gave the welcoming remarks and then lit the first of five candles,  each one representing 5 of the 25 years since the attack.

Each of the keynote speakers, the President of the 73rd session of the General Assembly, the Under-Secretary-General, UN”s Counter–Terrorism Office, the President of the Ascociacion Mutual Israelita Agentina and the President of World Jewish Congress, North America each lit a candle. They emphasized that free countries around the world must contribute their efforts to end persecution and achieve justice and that we cannot tolerate attacks on the Jewish people and other minorities. It was noted that Argentina is the only Latin American country in the Holocaust Memorial Alliance.

During the coming year, commemorations of the AMIA attack are being planned in 20 countries to keep the memory alive.