The Impact of COVID on Women 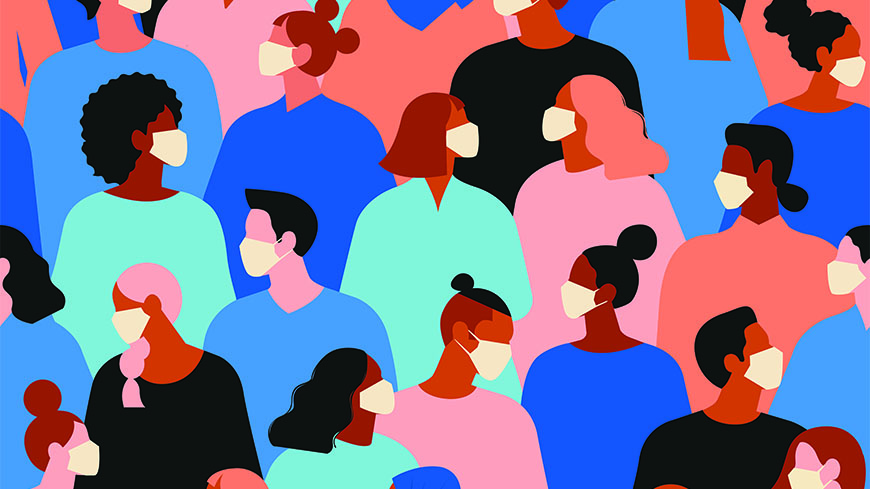 The Conference of INGOs of the Council of Europe and the FCEM (Femmes Chefs D’Entreprises Mondiales) have published a report on the disproportionate impact of the COVID-19 pandemic on the lives of women around the world, including proposed solutions and policy action suggestions.

The Covid-19 pandemic has had strong effects on the whole society, most severely on women,
especially on mothers. This has been shown in several studies, as outlined in the below key
insights

● Schools and daycare were closed temporarily
● Many workplaces were closed and people had to work from home
● Financial problems for many families due to closing businesses and losing jobs.
● The global crisis of COVID-19 is deepening pre-existing inequalities, exposing the extent of
exclusion
● People with disabilities—one billion people— are one of the most excluded groups in our
society and are among the hardest hit in this crisis in terms of fatalities.

● Child care as well as other care needed was predominantly done by women. Working women
carried the extra load more than men. A quarter of all women with children under the age of
14 reduced their paid work due to child care, while only one sixth of men in the same situation
did so.
● More women than men resigned their employment for caretaking. Why? Because caretaking is still expected from women and because women still tend to get paid less
● Before the pandemic, according to a nationwide survey by the German Institute for Economic
Research (DIW) and the Berlin Economic Center for Social Research (WZB), 29% of women in
relationships and 21% of single parents reported feeling down and depressed sometimes or more often. These numbers have raised to 64% of women in relationships and 75% of single
parents. Among men, the percentage of those with depressed moods also increased, but not
as significantly, from 33% to 48%. The reason: Even before the pandemic, man did not do an
equal share of care work. Before, fathers took on care duties for 3 hours a day, mothers for
6-7 hours. This means that during the pandemic, fathers took over approx. 6 hours of care
work per day, while mothers took over more than 10 hours per day.
● Surveys show that the pandemic had a more negative effect on the wellbeing and satisfaction
level of mothers than on fathers. This effect was even higher on single parents
● The studies of the United Nations10 show that: one in every five women is likely to experience
disability in her life, while one in every ten children is a child with a disability. Persons with
disabilities in the world are among the hardest hit by COVID-19. Of the one billion population
of persons with disabilities, 80% live in developing countries. But also an estimated 46% of
older people aged 60 years and over, including mothers and grandmothers helping with
children, are people with disabilities.

● How to stop the long term financial inequalities and dependencies for women due to loss of
earnings leading to lower incomes and in the long run lower pensions for women, as long as
they will partly not be able to increase their workload again?
● A PwC-Strategy& study calculated that the economic output in the OECD could be increased
by $6 trillion per year if female employment rates in all 33 OECD countries reached the level
of top performer Sweden. Legal and regulatory steps are necessary to achieve this!
● A survey done in Germany by the Hans-Böckler-Stiftung interviewed 7.677 people in April
2020 confirmed that the traditional role model of the mother taking care of the children
continued during the pandemic. However, relatively more fathers took over the care
work. Before the pandemic more than 60% of women said to do more care work than their partners; during the pandemic this was 54%. Before the pandemic only 6% of men said to do
more care work and during the pandemic this number doubled to 12%.This higher care share
of fathers was unfortunately short-lived and declined again toward the end of the lockdown.
● 2021 PwC published a study stating that at the end of the year the situation of working women
will go back the level of 2017
● A study made by the Wissenschaftszentrum Berlin für Sozialforschung from March till August
2020 with more than 4.400 people living in Germany between 25 and 54 years old showed
that mothers were more likely than fathers to work reduced hours. These differences
between mothers and fathers increased toward the end of the lockdown. How can this inequality be re-balanced?

● Recognise care work as work: work-life balance will always remain a struggle if care work
continues to be considered as secondary to professional work and expected to be performed
during the free time. This recognition should also grant access to different rights, such as to
education and life-long learning, eased return to the labour market, and pension rights;
● Carers, both mothers and fathers, must receive concrete support, be it through the extension
of the eligibility to maternity and paternity leave and parental leave (in Europe, half of parents
are constrained to come back to work full-time with no flexible working arrangements),10
access to quality, accessible and affordable childcare services, and flexible working
arrangements such as work localisation, working hours, creation of breastfeeding and
nursing rooms, etc.;
● However, flexible forms of work should not hinder the strict respect of the right to disconnect
of workers, and abuse ofsuch forms of work to increase workload should be strongly fought;
● A special focus and targeted policy action should be given to women in challenging situations:
low-income women, self-employed women, migrant women, women with disabilities, single
mothers, mothers of large families and mothers with children with disabilities.
● Overall, as much as a work-friendly environment should be given to parents, especially
women, a family-friendly environment in workplaces should be equally promoted.