ICJW at the Knesset 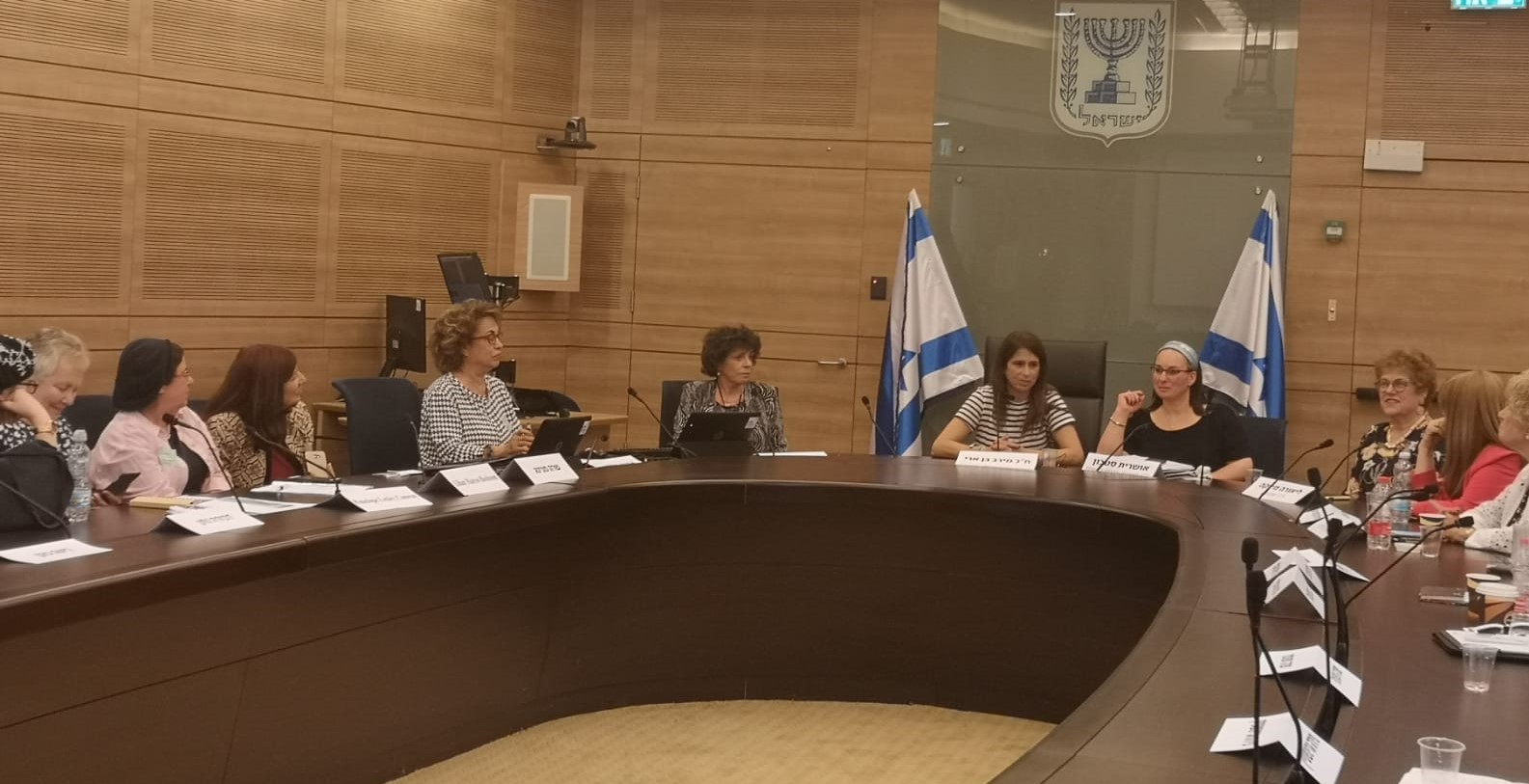 President Penelope Conway and other representatives of ICJW were invited to attend a meeting of the Council of Women’s Organizations of Israel at the Knesset in Jerusalem.

This important meeting took place on the day before the opening of the new parliamentary session, to discuss legislative priorities on women’s issues. Delegates from many of the organizations represented by the Council of Women’s Organizations of Israel (CWOI) met with Merav Ben Ari, who was an active member of the Knesset Committee on the Status of Women & Gender Equality during the last parliament.

Representing the Kulanu party, Merav Ben Ari was not yet sure of her place in the Knesset,  and she spoke about the reduced number of women elected to the parliament – just 29 compared with 35 women in the last Knesset. She expressed concerns about the many senior women politicians who were not elected and the likely impact on status of women issues, after the significant legislative advances that were achieved by the Committee during the last parliamentary session. Lawyers representing Emunah, one of the leading affiliates of the CWOI, described the legislative changes that were made by the Committee and explained what issues they hope will be addressed in the next Knesset.

The Council of Women’s Organizations in Israel is ICJW’s affiliate in Israel, and this was their first meeting under new chair Oshrit Setbon, who works in the Knesset. She invited members of the women’s NGOs to suggest what issues they would like to see addressed, and proposed a discussion on how they can help to ensure that more women will be elected to the next Knesset. Many of the women spoke about the importance of NGOs who attend Status of Women Committee meetings, and can influence the agenda of this and other Knesset committees when they work together with parliamentarians.

The organizations represented at the meeting included WIZO, Emunah Israel, World Emunah, Hadassah Israel, and Bnai Brith Women – a new division of Bnai Brith Israel. ICJW was represented at the meeting by Rina Cohen and Prof. Zehavit Gross, Gila Oshrat, Aviva Kohlmann, Lilian Bosboom, Communications Director Sarah Manning, and President Penelope Conway. Penelope spoke about the work of ICJW at the UN and around the world, and invited members of the CWOI to get involved with the next ICJW Herczeg Jerusalem Jewish Education Seminar, planned for May 2021.