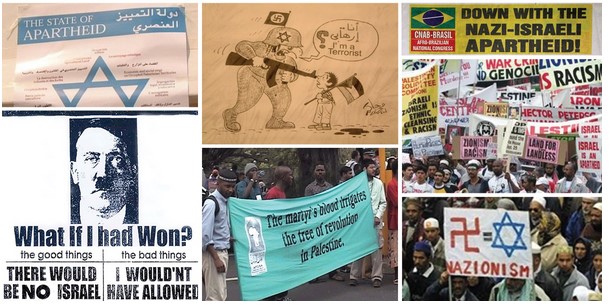 In September 2021, the United Nations will celebrate the 20th anniversary of the 2001 Durban Conference on Racism. UN Watch and parliamentarians from across Europe have launched a global boycott campaign urging countries to pull out, and there will be an online counter-conference on September 19, 2021.

The Durban IV Counter-Conference Webinar on September 19 is entitled “Fight Racism, Not Jews: The United Nations and the Durban Deceit”. Organized by Human Rights Voices, Camera (the Committee for Accuracy in Middle East Reporting and Analysis) and Touro College, the speaker list includes an impressive line-up of diplomats, academics, and Israel and human rights activists. Click here for details and to register.

On August 31st, 2001, in Durban, South Africa, the UN convened the World Conference Against Racism. It was meant to be a landmark event: the first international human rights gathering of the 21st century, taking place in the new, post-apartheid South Africa. But anti-Israel dictatorships had something else in mind. Arab and Islamic states, led by Syria, Iraq, Libya, and Iran, along with thousands of radical activists who descended upon the city of Durban, hijacked the conference.

What was supposed to be a conference against racism was turned into a conference of racism — against Israel and the Jewish people. Incitement to hatred was everywhere. PLO chief Yasser Arafat told the conference about the “ugliness” of “Israeli racist policies and practices.” Cuban dictator Fidel Castro accused Israel of committing a “dreadful genocide perpetrated, at this very moment, against our Palestinian brothers.”

In tandem, the UN’s parallel forum of non-governmental organizations declared Israel a “racist apartheid state,” guilty of “genocide.” The Arab Lawyers Union distributed cartoons and leaflets depicting Israelis with Nazi swastikas, and Jews with fangs and hooked-noses, blood dripping from their hands. On sale was the notorious 19th Century antisemitic tract, The Protocols of the Elders of Zion. On the streets, thousands demonstrated in a Palestinian-led march, with signs reading, “Hitler should have finished the job.” Jewish human rights activists and students were physically intimidated and threatened, with mobs screaming at them: “You don’t belong to the human race!” The conference’s final Declaration targeted Israel alone as an alleged perpetrator of racism, singling out “the plight of Palestinians under foreign occupation.”

Eight years later, in 2009, the UN held a follow-up Durban Review Conference. Col. Qaddafi’s Libya was chair of the planning committee. Iran’s President Ahmadinejad, a Holocaust denier, was the opening speaker.  “World Zionism personifies racism,” he said. Ten countries did the right thing and pulled out, including Canada, the US, Germany, Italy and the Netherlands. In 2011, the UN held an event to commemorate the 10th anniversary of the Durban Conference. This time, 14 countries pulled out, including France, the UK and Austria.

Now in September 2021, the UN will once again convene heads of state in New York, to mark the 20th anniversary of the Durban Conference. But no one should be legitimizing an event and a process tainted by hate. That’s why the US, UK, Canada, France, Germany, Australia, the Netherlands and others have already announced they will not attend.