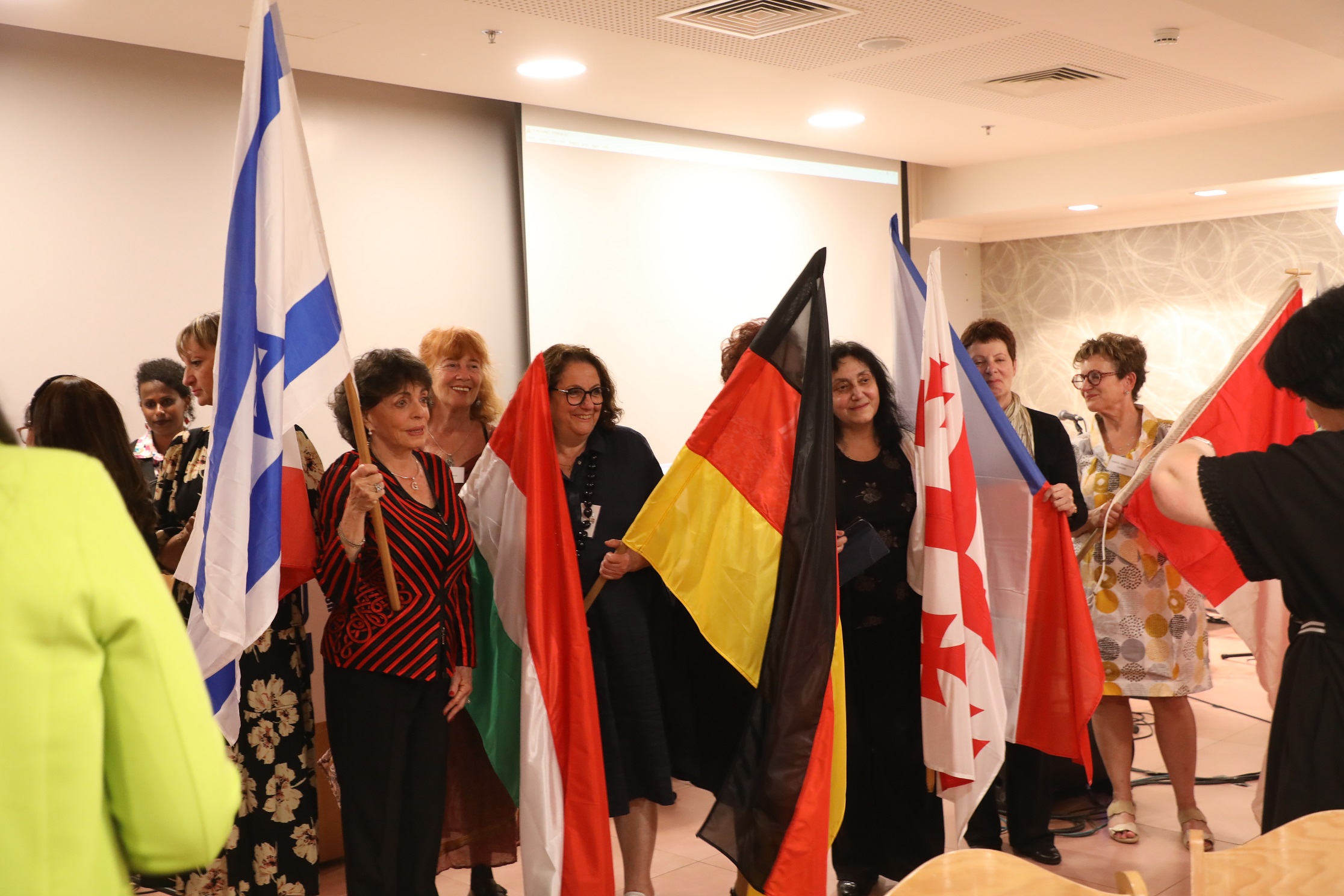 Whenever I enter a hall filled with women, I have a sense of sisterhood and camaraderie. When the women in the room are all members of the International Council of Jewish Women (ICJW), add to that a sense of true feminine power, that they are channeling to fix the world. From the conversations I had with them and their scheduled program, they were clearly trying to do it through collaboration, partnership and shared goals.

On Sunday, May 22, 50 women from 37 countries met for a gala opening of their five-day Quadrennial Conference, called “Looking to the Future,” at the Shalva National Center. In addition to Israel, the U.S. and Canada, they included, according to spokeswoman Sarah Manning, of the Tikshoret Communications Agency, presidents of national Jewish women’s organizations from, South Africa, Mexico, the Czech Republic, Bosnia Herzegovina, Australia, Georgia, Germany, Hungary, Slovakia, Sweden and Switzerland, and elsewhere, and delegates who represented the interests of Jewish women at the United Nations in New York, Geneva and Paris.

It was the first time in four years they had met face to face, due to COVID-19, and they were gathering to discuss their priorities for the next four years. The convention was supported by the Jerusalem Municipality, and Fleur Hassan-Nahoum, the firebrand Deputy Mayor of Jerusalem, spoke on the last day.

In a fractured world, it was refreshing to see women who represented a broad religious and political spectrum in their private as well as public lives. Among the Israeli women were representatives of Emunah, WIZO, the chairperson of the left-wing Meretz party and a past MK of The Jewish Home and New Right parties in the Knesset.

Outgoing president Penelope Conway, of the UK, told me, “The ICJW was founded in Berlin 110 years ago and is an umbrella organization for women’s organizations from 37 countries, working to promote a just society based on Jewish values. We are acknowledging that Jewish woman are a force to be reckoned with.”

During the past four years, said Manning, Conway and her team have been involved in the Jewish NGO campaign at the United Nations to modify the antisemitic content of the UNRWA text books used in Palestinian schools. (More on that later.) The ICJW has also participated in international campaigns including #metoo, anti-trafficking campaigns, calling out antisemitism, combatting domestic violence, interfaith dialogue, environmental awareness, and Generation Equality. Their online meetings have also been about women’s leadership in the Jewish community and the UN Commission of Inquiry against Israel.

ICJW’s incoming president, Lilian Grinberg of Mexico, when asked what her plans are now, responded, “I want people to know who we are, what we do, and one of my goals is to get more young people involved, including through volunteer work.  We have to be grateful to the countries where we live. I live in Mexico. I’m Jewish. But Mexico opened their arms when our grandparents came from Europe, so we have to do what we can also for the people who live in Mexico.”

An exciting moment at the gala was when every delegate walked in with her country’s flag. The renowned Shalva band performed, and the evening concluded with the singing of “Hatikva” – in a wide variety of accents.

Zohar Damsa Blau was the eloquent MC for the evening. Her mother, Bosna Barhanu, was also in the audience, and Zohar spoke emotionally about how her mother brought her and her siblings from Ethiopia. Zohar is the coordinator of the “Street Mobility” project in Ramle, holds a BA in Administration and Law, and is a fellow of the Gal Community Leadership Program, among many other things. She has worked at “Sufiya,” a locked home for at-risk girls under court order, and at “Widening the Heart,” a shelter in Lod for girls on a path toward prostitution. She told the audience, “I will be happy when people stop looking at my color.”

Shuli Davidovich, head of the Bureau for World Jewish Affairs and World Religions at Israeli’s Ministry of Foreign Affairs, told the international crowd, “We will always be here for you when you decide to come,” and said they should, “Work together against hate speech in social media.” Davidovitch described the challenging life of a woman who is a diplomat, and how her children were born in various cities and countries throughout the world while she was serving.

In addition to touring Jerusalem, the delegates visited Ben Gurion University to learn about progress on climate change and sustainability, and met with residents of Jewish and Bedouin towns. They discussed, in their sessions, how to help victims of domestic abuse and sexual abuse in the Jewish community, and women who are denied a Jewish divorce by their husbands. They held sessions on Israeli innovations designed to benefit women everywhere. Panel discussions included the situation in the Ukraine and Central Europe, updates on women’s health, the environment, and economic independence.

Toby Klein Greenwald is an award-winning journalist, theater director and the editor-in-chief of WholeFamily.com.