The ICJW and the UNRWA Schoolbooks 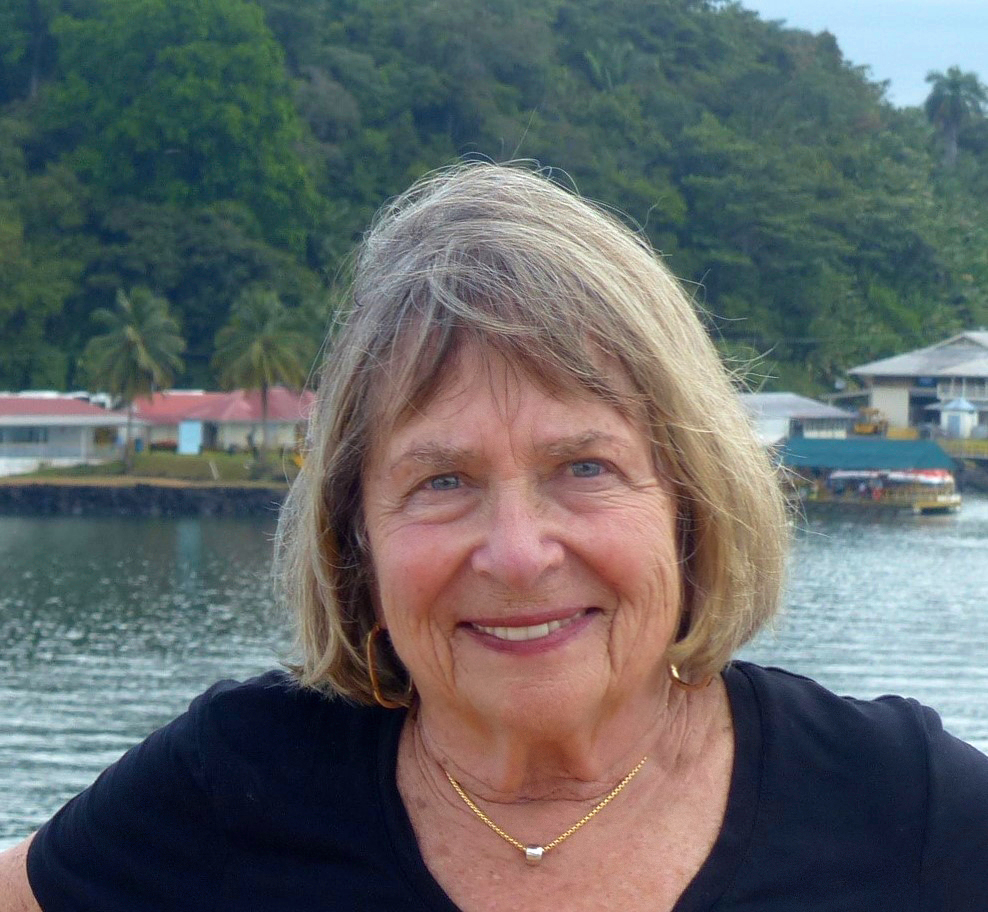 Dr. Joan Lurie Goldberg has represented the International Council of Jewish Women as a JNGO – a Jewish Non-Governmental Observer at the UN in NY for the last seventeen years. She says, “Over the past two years we have created an organization that wants to reform this education and is working toward it, www.reformUNRWA.org.

“I’ve been aware of this problem for 12 or 14 years but we started a serious effort to fight it at the UN in NY in 2016 and 17. The path to peace begins in the classroom, but not these classrooms, where the United Nations Relief and Works Agency (UNRWA) has taught this obnoxious curriculum.”

First, some background. “UNRWA has decided that being a Palestinian refugee is an inherited characteristic, but only for Palestinians. The UN has a High Commission of Refugees. Refugees do not pass on that status to their children; if they can’t go back to their own homes, these people are resettled. Palestinian refugees, however, are under UNRWA’s auspices. UNRWA has resettled exactly zero Palestinians refugees.

“UNRWA has changed the definition of a refugee as it applies to Palestinians. There’s a never-ending increase. Since 1948, the number by now should be down to a few hundreds or thousands, but due to UNRWA’s definition, it is about 5.5 million.

“Every child whose parents, grandparents or great-grandparents were refugees from the 1948 war, every such child grows up to be a ‘refugee’. 500,000 of them are being educated at any one time. The teachers were also educated this way and the whole culture is about hating and aspiring to destroy the state of Israel.

“UNRWA is inciting the students to start a war of return so they will inherit the entire state of Israel. They are no longer interested in a two-state solution. Both UNRWA and the Palestinian Authority have said this out loud.”

And that’s where the textbooks issue comes in.

“Every single textbook they teach out of has that position in it. There is a second-grade textbook in which children sing about or read about having a war of return and then having the remnants of the Jewish population pushed into the sea. Dr. Arnon Groiss emphasizes that every edition of the books has gotten worse and worse over the past 20 years he’s been studying it.

“Peace is 25 years away because until we raise a generation of Palestinian children who want to make peace with the Israelis, there will be no peace.”

Dr. Lurie Goldberg works with David Bedein of the Center for Near East Policy Research and says that his work is “amazingly impressive.” It includes, among other things, documentaries about the schoolbooks in the refugee camps.

But Dr. Lurie Goldberg expresses frustration. “Executives of major Jewish organization in the U.S. either don’t know about this issue or don’t care.

“The angle that has been relatively ignored is child abuse in the classroom, child abuse in 7-10-year-olds crawling with rifles in their hands through barbed wire. Why don’t people who claim to care about children’s rights rise up and do something?”

She refers to a film produced by the Center, called “The summer of 2021 — Hamas and Jihad summer camp” and says, “It’s really one of the most horrendous I’ve ever seen on this topic. I’m also a scientist, so I worked on sustainable development, but just walking the halls of the UN I became aware of this enormous apparatus that exists on behalf of no one but the Palestinians. It’s the UN’s biggest budget item, but most of the money that goes to UNRWA comes from donor nations, except for certain officials paid out of the UN budget. We, the US, used to be the biggest donors but now it’s Germany who gives the most money — to a system that teaches people how to kill Jews!

“I’m a lifelong Zionist and I remember at six-years-old sitting with my father with a piece of paper and a pencil clicking off who was voting [for the partition and the establishment of the State of Israel, in 1947]. But then it was interrupted for 50 years of having a career and raising children. Since I’ve retired, this has become my new unpaid occupation. But really and truly I don’t think I would have gotten into this if I didn’t discover just how anti-Semitic the UN really is. It really is horrible.”

“About four years ago I met Danny Danon (Permanent Representative to the UN 2015-2020) and I asked him what he thought about our efforts to try to change the UNRWA education and he said, “Go for it!” There’s a video of him online where he tells the Security Council that these children are being taught to murder and to stab and he takes out these posters he has of little children holding knives and stabbing Jews.

“The last few months of Nikki Haley’s being our U.S. ambassador to the U.N., and a few months after that, I met with a woman called Samantha Sutton. She’s a lower-level diplomat at the US mission to the UN who assists the ambassador, and her special area of interest was Israel and the surrounding ’neighborhood.’ I also met with the head of UNRWA in NY, Peter Mulrean, who was the smoothest, slickest well-dressed Irishman you would ever meet, and he told us what a wonderful job his people were doing,” she adds, sardonically.

She says she struggles to spread the word about the need to reform UNRWA.

“We feel that if we can get these movies in front of major women’s organizations, not necessarily Jewish WOMEN, we would have an impact. I also believe we should be talking more with the evangelical Christians. Because obviously they have a very strong interest in not having these Palestinian children grow up to be murderers; it’s not good for Christians either.”

What do you think of the US UNRWA accord of July 2021 which ties US funds to UNRWA with a commitment to transparency and an overhaul of UNRWA education?

“According to the Center for Near East Policy Research, so far UNRWA has refused to comply and Biden has put all their money in escrow. I think he was under some pressure not to reverse every single thing that Trump had done. So the compromise he came up with is: It’s better to offer the money but to say, ’We’re not going to give it to you until we’re satisfied that you fixed something rather than just say, ‘no more money, no matter what.’ There is pressure from various congressmen and senators and there are very strong pro-Israel senators and congressmen in both parties, but mostly Republicans. There is a Senator James Risch (R-Idaho) who is absolutely flawless in his support of Israel.

“We also write to Senator Bob Menendez (D–NJ) and Senator Chuck Schumer (D-NY).  In the House there are Josh Gottheimer (D–NJ), Ritchie Torres (NY – a Democrat who considers himself progressive and strongly supports Israel), Doug Lamborn (D-Colorado), Brad Sherman D-California) and others.

“Every time there is an executive meeting of the ICJW, I’ve reported what’s going on with UNRWA. The ICJW has been incredibly supportive of our work, which is not true of every organization. The ICJW also has a delegation at the UN in Geneva and two of those women are here [at the conference] as well. They have to listen to the Human Rights Council bash Israel three or four times a year. There’s a new and really atrocious anti-Semitic un project called a ‘Commission of Inquiry’ in which three very anti-Israel people, are being given millions of dollars to go around the world investigating everything bad that Israel has allegedly done from 1947 till today. and it’s going to go on in perpetuity from 1947 till today. The existence of this COI is to go on in perpetuity.  Since this COI was invented in Geneva at the Human Rights Council and funded in New York at the General Assembly, we ICJW women in Geneva and New York will work more closely together. The ICJW is in a good position as we have people in Geneva, Vienna, Paris and New York.”

Dr. Lurie Goldberg is originally from Brooklyn; now she lives in New York. She raised two children in New Jersey and was in California for 14 years. As a physicist, she worked in California with satellites taking picture of the earth. She says she worked on both classified and unclassified projects. “I did ‘Google Earth’ before there was a Google.”

In a video message, Dr. Lurie Goldberg says, “After 70 years of largely ignoring all of this, the world is starting just now to pay attention. Corruption at the highest level in UNRWA has been discovered; several nations have actually held up their funding for UNRWA because of this corruption; it has put UNRWA in the news.

“The Committee on the Elimination of Racial Discrimination (CERD) of the UN has cited the Palestinian Authority for the anti-Semitic textbooks they are producing. This is very important because it must be clear, UNRWA doesn’t write a single book, but UNRWA is tasked with vetting the books that the Palestinians produce. The secretary general of the UN for the first time in history has started an investigation of the anti-Semitism in these books. We might actually see some progress.”

Toby Klein Greenwald is an award-winning journalist, theater director and the editor-in-chief of WholeFamily.com.