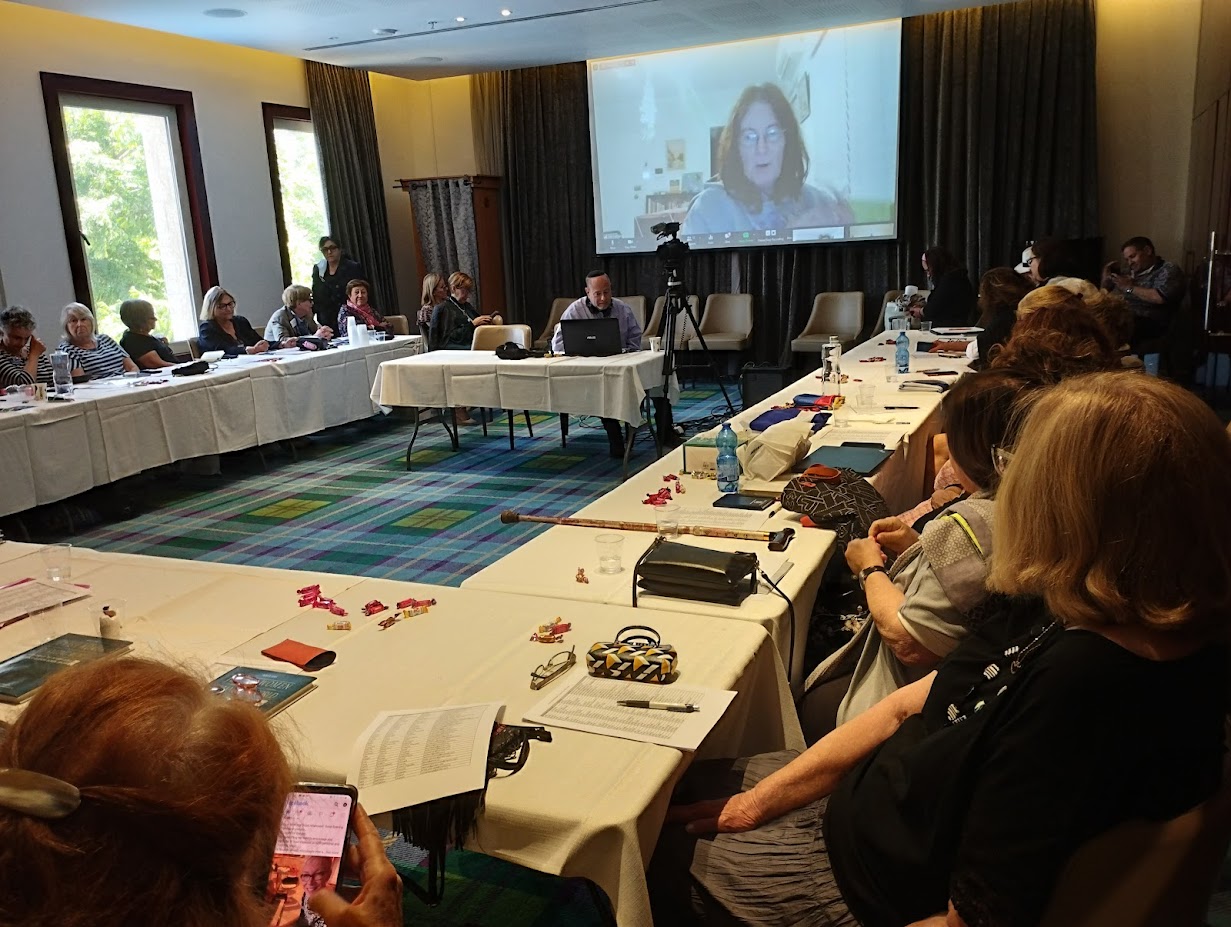 The following Resolutions were passed by the ICJW Executive at the ICJW Quadrennial Convention in Jerusalem, Israel, in May 2022, including Resolutions on women’s role in conflict resolution, and on the impact of climate change, and a Topical Statement on the war in the Ukraine. Click on the links to see the full text:

Further to the ICJW Policy on Status of Women in reference to #3: “Increasing Women’s Leadership and Participation in Decision-making”, and recalling UN Security Council Resolution 1325 on “Women, Peace and Security,” and its urgent call for increased representation of women at all decision-making levels for the prevention, management, and resolution of conflict, yet aware that despite women’s contribution to the substance of peace negotiations, while widely recognized as a tool for attaining sustainable results, twenty-two years after the adoption of UN Security Council Resolution 1325, women continue to be excluded from participation in peace processes, and their pivotal role in conflict-resolution is still marginal, and recognizing the efforts of UN bodies, governments, women’s organizations, and civil-society activists to implement Resolution 1325 as part of strengthening women’s leadership and their full and equal participation in decision-making, the International Council of Jewish Women calls upon its members and affiliates

Further to ICJW Policy II.C on the Needs of Older Persons, and considering that ICJW holds non-governmental status at the United Nations and other world forums giving voice to civil-society issues, and noting for the last decade ICJW representatives to the UN in Geneva and New York have participated regularly in the NGO Committee on Ageing; and

Whereas individual ICJW affiliates have supported projects on ageing and have advocated for women of all ages;

The International Council of Jewish Women, meeting at their Convention in Jerusalem on May 25, 2022:

RESOLUTION ON THE IMPACT OF CLIMATE CHANGE ON WOMEN AND GIRLS

Further to the ICJW Policy on Environment and Sustainable Development and reaffirming the Beijing Platform for Action, the Rio +20, the Lima Work Programme on Gender adopted at COP20 in 2014, the Paris Agreement in 2018, and the Glasgow Climate Pact, the International Council of Jewish Women calls upon its members and affiliates

The shocking invasion of Ukraine has subjected ordinary citizens, and especially women, children, and the elderly, to extreme vulnerability. The humanitarian needs both in Ukraine and among Ukrainian refugees are immediate and increasing. As war and related displacement heighten risks, especially with regard to sexual violence and human trafficking, the International Council of Jewish Women calls upon international aid organizations to implement measures to protect women and children and institute rigorous investigation in order to ensure deterrence and prevention of such acts.