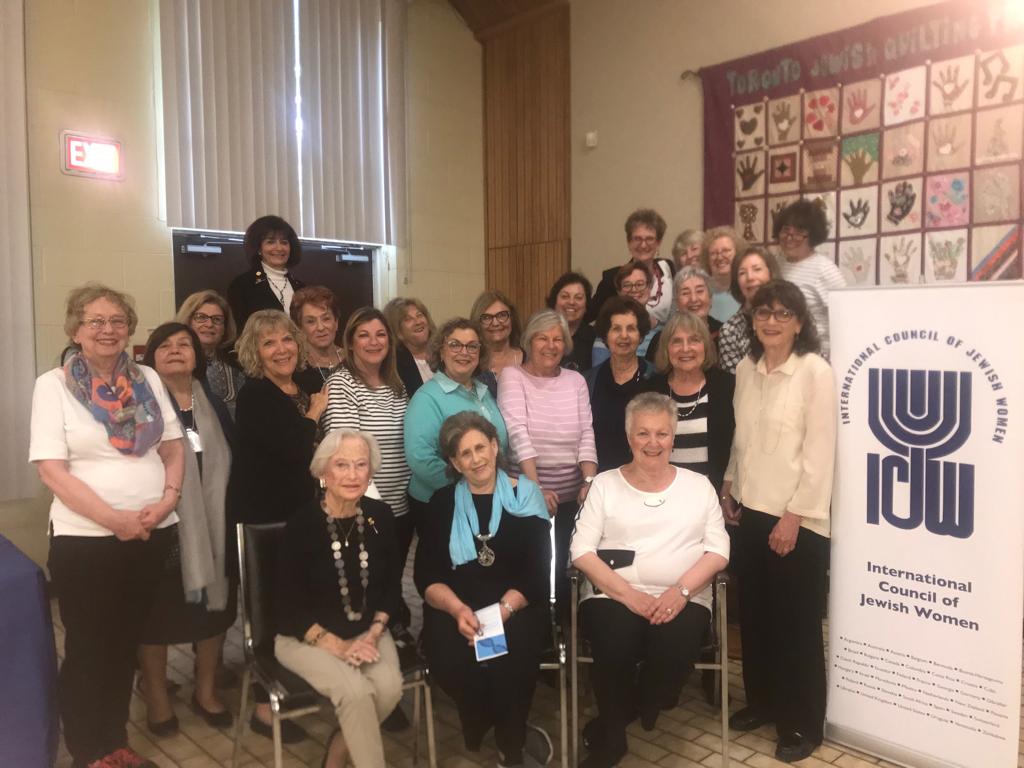 The Executive Meeting was kindly hosted by the NCJW Toronto branch at Council House on May 27 & 28, 2019. The Executive issued the following three Topical Statements concerning the protection of human rights:

Topical Statement 1
ICJW congratulates the ten countries which, in a break from precedent, voted against the resolution of the World Health Organization (WHO) which singled out Israel as the only nation on earth which violates the human right to health care.  This is particularly outrageous because, in fact, Israel is the only country which cares for its enemies’ wounds and illnesses.

Topical Statement 2
ICJW stands for the principle that women’s rights are human rights; despite this commitment, women continue to be denied these rights. Human rights lawyer Nasrin Sotoudeh was jailed in Iran for 38 years because she defended the right of women to take off their hijabs in public. ICJW supports efforts to have her released.

Topical Statement 3
That congratulations be sent to the Honourable Stephen Harper, Canada’s 22nd Prime Minister, on his being awarded the “Moral Courage Award” by UN Watch. The award will be presented in Geneva on June 13, 2019, and cites his courageous world leadership, defending the equal rights of Israelis and Jews on the international stage.  It also recognises his principled stand in the face of vehement anti-Israel bigotry and prejudice.

Our guest speaker was Professor Irwin Cotler, Chair of the Raoul Wallenberg Centre for Human Rights in Montreal. Professor Cotler is the former Attorney General of Canada and he spoke about the growing global assault on human rights, and his work on behalf of political prisoners. His tireless advocacy directly relates to the concerns of ICJW regarding rising antisemitism.

Gold pins were presented to two Past Presidents – Helen Marr and Sara Winkowski.