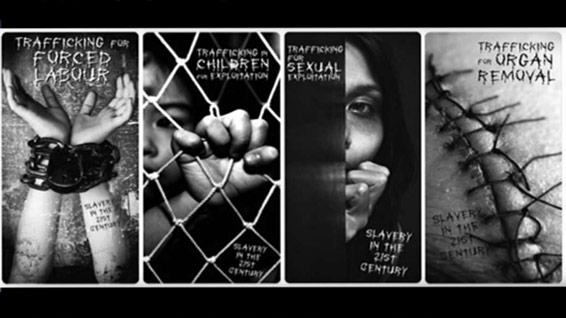 The United Nations has declared July 30th the World Day Against Trafficking in Persons, a day for raising awareness, demanding attention and promoting action through governments and social media.

Human trafficking is a crime that exploits women, children and men; it affects every nation, either  as a country of origin, transit, or destination for victims.  It undercuts human rights, dignity, democratic freedoms  and moral principles.

Today human trafficking is the second largest criminal enterprise in the world, after drug smuggling and arms dealing.  It is a form of modern day slavery which can generate an estimated $150 billion in annual profits.

There are approximately  40.3 million victims of human trafficking worldwide.  4.5 million people are trapped in forced sexual exploitation, and an estimated 152 million children, aged 5 to 17, have been subject to child labor.

The scale of suffering is outrageous.  People are bought, sold, traded; forced to work against their will, sexually exploited and forced into non-consensual marriages.

What can be done?  We should focus on the root causes and try to neutralize them.  This scourge needs to be erased. We should call for transnational, regional, and national action. Governments, business and citizens must stand together to free the world of human trafficking.