Jewish Education Resources Including Zipporah, the wife of Moses, in the memorial pantheon of the Passover Seder 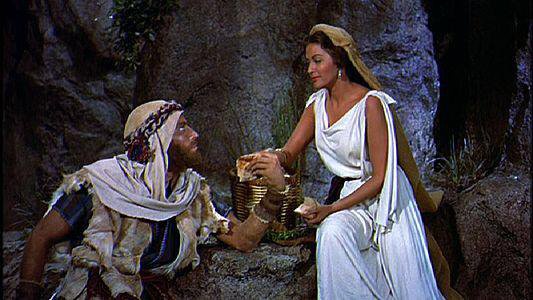 Zipporah, the wife of Moses, received very little exposure in the Bible. She is ostensibly in the shadow of the Jewish story but in fact, when we delve more deeply into the story, she appears to constitute it. Zipporah proactively creates the legendary covenant between man and God through the de facto performance of the commandment of circumcision. God commands the removal of the foreskin of every Jewish male on the eighth day of life, and this act constitutes a rite of passage that transfers the baby from the status of an uncircumcised person to the status of a Jew, granting him a Jewish identity and affiliation. Moses delays in performing the act and, just before the angel comes to punish the child for his father’s failure to perform the task, his wife Zipporah takes the initiative and, with the help of a flint stone (a stone as sharp as a knife) cuts the foreskin, turning her son Gershom into a Jew and saving his life. This is how the story appears in the Book of Exodus:

And it came to pass by the way in the inn, that the Lord met him, and sought to kill him. Then Zipporah took a sharp stone, and cut off the foreskin of her son, and cast it at his feet, and said, Surely a bloody husband art thou to me. So he let him go: then she said, A bloody husband thou art, because of the circumcision. (Exodus 4: 26-26)

The act of circumcision is a transformative act that changes a universal anonymous person into an entity with a specific particular Jewish identity. The act of circumcision is an act of rescue, an act in which the spirit overcomes the material, an act of female agency seizing the moment and turning it into an act of connection and of hope. Feminist theories have attempted to define what distinguishes men from women.

One of the theorists who contributed to this distinction was Nancy Chodorow, who argued that while men construct their identity through separation, women construct their identity through connection and attachment. The act of connection, which is a feminine act and an act of creating an identity, creates a covenant, a sense of sisterhood and hope. The creation of the covenant is an act of liberation from chaos, loneliness and emptiness. It is an act that creates regeneration, hope and identity. It is worth noting that, since the time of Abraham, the role of mohel (a Jew trained in the practice of ritual circumcision) has been perceived as a distinctly male role. I do not know if there are any women in the Jewish community in Israel or around the world who are engaged in this profession, and this is puzzling.

I did hear another dramatic story about circumcision performed on a baby by a woman in the context of Holocaust stories. The following story was told by Rabbi Israel Shapira, the Bluzhever Rebbe, who witnessed it during his incarceration in the Janowska concentration camp (which was on the outskirts of the city of Lvov in Poland).

One morning a gaunt, haggard woman approached the rabbi and asked him for a knife.  The rabbi, realizing that in her despair she probably intended to commit suicide, tried to dissuade her, telling her that despite her great distress, people must hang on to hope even in the worst situations. “A knife, a knife” cried the woman frantically, and the rabbi realized he could not escape her request. The woman took the knife the rabbi had given her, approached a pile of rags on the floor, opened it and suddenly a small baby was revealed. And so, right before the astonished eyes of those present and the Nazi soldiers, the woman circumcised the baby, cutting off his foreskin quickly and professionally and, in a clear and distinct voice, she recited: “Blessed are You, Lord our God, King of the universe, who has sanctified us with His commandments and commanded us to enter him into the Covenant of Abraham our father.” Then the woman took the crying and bleeding child in her arms, looked up at the sky and said: “Lord of the universe, it is clear to me that my days and the days of the child in this camp are numbered, but know that you gave me an uncircumcised child and I am giving you back a Jew.”

I heard this powerful story from female students at an ultra-Orthodox school as part of my study on Holocaust education in Israel.  The students told me that for them, this was the most significant of all the Holocaust stories that they had heard throughout their school socialization process in Israel’s ultra-Orthodox school system. The girls explained to me that beyond the significant public act of sanctifying God, they were impressed by the woman daring to perform a meaningful act in a world of meaningless chaos. In their opinion, the woman enriched the world and improved the act of creation, thus making the act of the covenant of circumcision a heroic act of redemption. Most of the girls agreed that only a woman could perform such a daring act of heroism in a world of helplessness and nonexistence.

To me, the girls’ choice of this particular story is of modern feminist significance in the context of resistance which, according to them, only women can initiate and carry out. There is a direct connection between the spiritual heroic act of circumcision by Zipporah, the wife of Moses, and the woman from the Janowska concentration camp in Poland. In both cases, the women are proactive and create an act of liberation that produces identity and expresses freedom and redemption. The stories of Zipporah and the woman from the Janowska camp ought to enter the memorial pantheon of Seder night. Moreover, we should mention them among the words of the Haggadah that we relate to ourselves and our loved ones on Seder night.

This year, too, we will again consciously choose freedom and will base it on the acts carried out by two brave women who, in a moment of utter darkness, chose a liberating action of identity and, with their own two hands, created freedom and redemption.