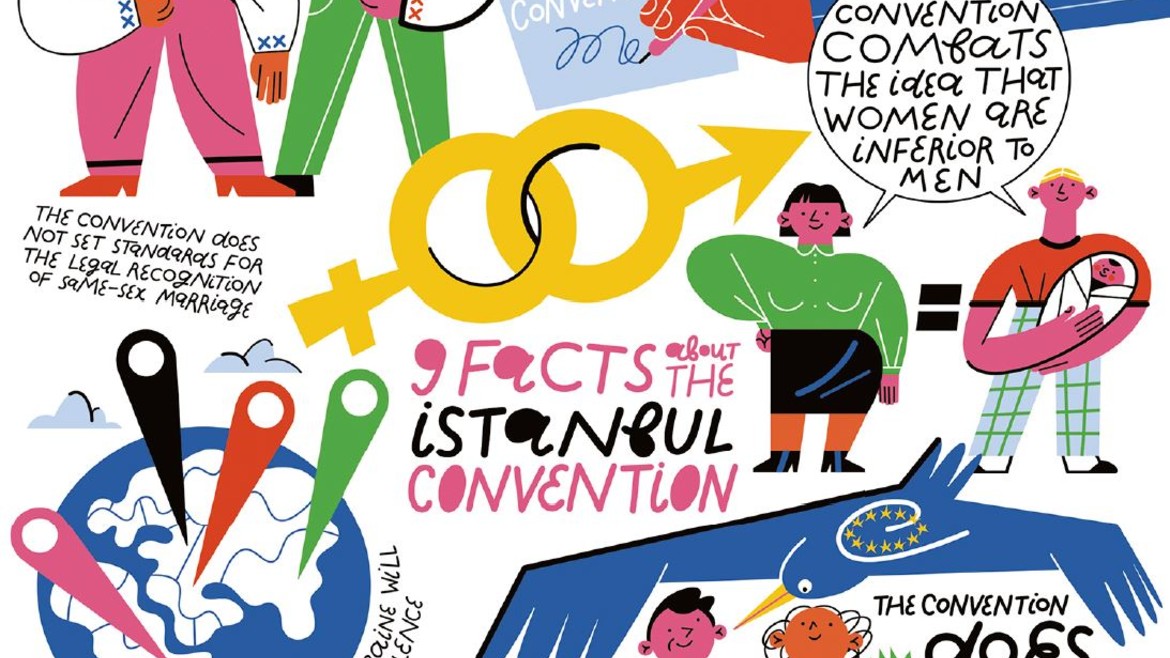 ICJW has written letters of protest to the Turkish Ambassador to the United States, the Turkish UN Representative, and to UN Women, the Human Rights Committee in NY, and the Commission on the Status of Women, condemning Turkey’s withdrawal from the Council of Europe Convention on Preventing and Combating Violence Against Women and Domestic Violence, known as the Istanbul Convention. Turkey became the first to ratify the Convention, which was launched in Istanbul, Turkey, in 2011.

Writing on behalf of Jewish women around the world, ICJW President Penelope Conway wrote: “When the Istanbul Convention was launched, it was welcomed by all women’s organisations as a breakthrough for combating all forms of violence against women, including psychological harassment and so called “honour killings.” Turkey’s withdrawal is utterly in conflict with the spirit of the Convention. Turkey’s decision will increase international distrust of the seriousness of Turkey’s efforts to promote human rights, particularly women’s rights.  In addition, there will be a temptation to ignore the prohibition of so called “honour killings”. Unfortunately, Turkey’s withdrawal may give the green light for other countries to do the same.

ICJW is a worldwide women’s organization with affiliates on every continent and is an ECOSOC- accredited NGO at the United Nations.  It has a strong commitment to advocacy for human rights for all, especially for women.”

The prevalence of everyday sexism continues to suppress and oppress women and girls; it aims to silence them and keep them in a subordinate place. We are clear that male violence against women is enrooted in a culture of sexism in our societies, and it is only through holistic structural reforms across all areas of work, culture and social life that we can eradicate this shadow-pandemic.

The European Women’s Lobby condemns the sexist attitude of the Turkish government in disrespecting one of the main leaders of the EU, the first ever woman President of the European Commission Ursula von der Leyen. The Turkish government’s growing attitudes of disrespect for the rights of all women and girls are apparent, including most recently through the announcement of its intention to withdraw from the Convention for the Prevention and Combating of Violence against Women and Domestic Violence – Istanbul Convention.

We expect all EU Member States and the European Parliament to strongly condemn the attitude of the Turkish government that affects not only the President of the European Commission, Ursula von der Leyen, but the dignity of the position she holds, and that of all women and girls.

Furthermore, we call on all EU Member States to pass legislation in line with the CoE’s Committee of Ministers’ adopted Recommendation CM/Rec(2019)1 – Preventing and Combating Sexism. In line with the EWL collaborative project supported by the Council of Europe #MobiliseAgainstSexism together with nine national coordination members from Belgium, Bulgaria, Croatia, Hungary, Ireland, the Netherlands, Portugal, Romania, and Spain.

We also call on the Member States adopt legislation to ensure equal representation of all women in all decision-making spheres, and to demand from the Council to unblock the Women on Boards Directive.

Women around Europe cannot wait longer for equal treatment of women and girls as enshrined in the Treaties. European Women’s Lobby welcomes the European Commission’s proposed Directive on Equal Pay and calls on the EU Member States to support this proposal.