The Path to Peace begins in the Classroom 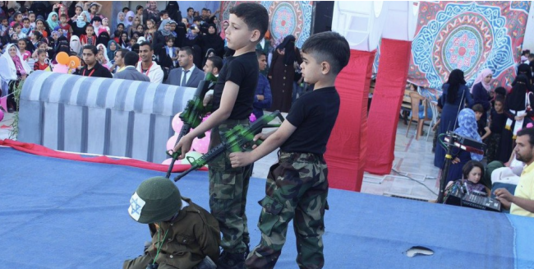 ICJW’s Dr. Joan Lurie Goldberg, together with representatives of other Jewish NGOs, is leading a campaign to reform the United Nations Relief and Works Agency  responsible for the welfare of Palestinian refugees (UNRWA). The campaign website is www.reformUNRWA.com

On Friday 15 November, 2019, the General Assembly of the UN will vote as to whether to renew UNRWA’s Mandate.  Its renewal is virtually assured as the Secretary General has advised all member nations to vote for it, but he has also asked for conditional clauses in the mandate which call for transparency. For the past 70 years the mandate has been renewed without comment or requirements for transparency.

ICJW and other organizations concerned with UNRWA are calling for reform, including:

After 70 years of largely ignoring UNRWA, the world is starting to pay attention and investigate allegations of corruption. The Netherlands, Switzerland and Belgium suspended their funding of UNRWA after news of the explosive allegations surfaced. All three nations rank in the top 20 donor nations to UNRWA. They announced their withholding of funds until the UN issues a satisfactory response to the allegations.  The UN investigation is being conducted by the Office of Internal Oversight Services. UN Secretary-General Antonio Guterres is  reported as saying that he is “committed to acting swiftly upon receiving the full report.”

The Need for Curriculum Reform

In an unprecedented move, the UN Committee on the Elimination of Racial Discrimination has urged the PA to combat “hate speech” and “incitement to violence” and points out that some school textbooks published by the Palestinian Authority “fuel hatred” and may “incite violence and antisemitism”.  UNRWA is charged with vetting the books before they are used in the classroom.

Extensive research into the textbooks being used in Palestinian schools has been carried out by Dr. Arnon Groiss under the auspices of the Center for Near East Policy Research directed by David Bedein. Details can be found on the campaign website www.reformUNRWA.com

The possibility of reform is better than it has been in the past 70 years, when automatic renewal was inevitable, but we need to campaign to raise awareness about the corruption in UNRWA  and the hatred that it promotes, in order to change the way that Palestinian children are educated, because the path to peace begins in the classroom.

How you can help: