Humans of Conflict in Prague 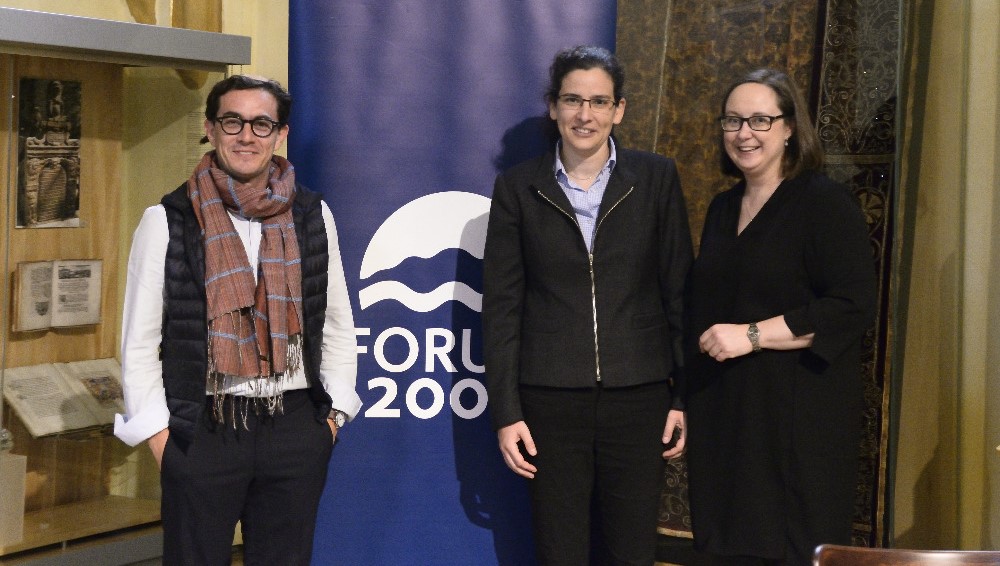 The Czech Council of Jewish Women organized a discussion about the Grassroots Struggle for Peace Between Israelis and Palestinians, as part of the FORUM 2000 – Festival of Democracy in Prague in October 2019.

CJW President Alice Gruenfeld Vesela explains how they invited two speakers from the Middle East to attend the conference and speak on the topic of Humans of Conflict: Israeli lawyer Jean-Marc Liling, and Palestinian activist Ali Abu Awwad, founder of the non-violence Taghyeer (Change) and Shorashim (Roots) in the West Bank, which promotes dialogue and confidence-building between the two sides as the only way to peace.

In a time of political stalemate, when important actors of the Israeli-Palestinian conflict do not pursue compromise and peace, can grassroots initiatives bring a change? Can civil organisations be more effective than politicians and diplomats in building bridges between Israelis and Palestinians?

Ali Abu Awwad is a former Palestine Fatah activist who spent a few years in Israeli prisons became an advocate of non-violent resistance in Palestine through “Taghyeer” (change), the movement of which he is the founder. Ali was also the initiator of an initiative in Gush Etzion (in the West Bank) called “Roots” which promotes dialogue and trust between Israelis and Palestinians as the only path to peace.

Jean-Marc Liling (son of ICJW member Mary Liling), a religiously observant Jew, an attorney who worked for the Israeli government and who specialises in issues pertaining to migration and asylum in Israel, joined Ali in founding “Karama” (dignity). Together with many other local activists, they support activities encouraging a dialogue between the two communities, between Israelis and Palestinians, between Jews, Muslims and Christians. The moderator was Irena Kalhousova, head of the Herzl Center for Israel Studies at the Charles University in Prague.

In Prague, during the conference Festival of Democracy, they discussed their vision for Israel and Palestine and their ideas about how Israelis and Palestinians could co-exist in peace and dignity. Members of the Czech CJW and of the Jewish Community of Prague, took part in the discussion, together with members of the Czech public and participants in this year’s conference FORUM 2000 – Festival of Democracy, politics and activists for democracy – on Tuesday 15 October at the Ponrepo Cinema. The project was implemented thanks to financial support of the ICJW Isabelle Brown Fund.