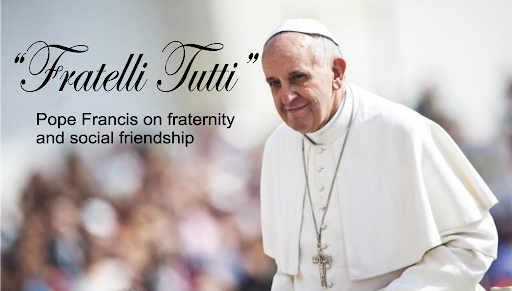 The International Council of Jewish Women was invited to participate in an international online webinar organized by the World Union of Catholic Women Organizations (WUCWO) to mark International Women’s Day. It was entitled “Women Reading Fratelli tutti”, which is Pope Francis’ new Social Encyclical, encouraging fraternity and social friendship as the ways to build a better, more just and peaceful world. (The title of the Pope’s letter means “We are all brothers”.)

Nadine Iarchy, chair of the Interfaith and Intercultural Committee of ICJW, presented a Jewish perspective on “Fratelli tutti”, as one of the selected female representatives from six different religious groups: Islamic, Buddhist, Hindu, Ecumenical (non-Catholic Christian) and Catholic.

You can watch the video of the event here.

This was the first time that the WUCWO has invited Jewish women to take part in their event. It was organized through ICJW’s Argentinian affiliate CAMI, which is a founding member of the multicultural Argentine Roundtable of Women’s Organizations. Eva Naiztein, past Vice-President of ICJW and current Vice-President of CAMI, the Argentine Council of Israelite Women in Buenos Aires, made the connection between ICJW’s Chair of Communication & PR, Lilian Bosboom, and the WUCWO President Maria Zervino.

Nadine Iarchy lives in Antwerp, Belgium. She has spent the last 25 years trying to explain Judaism to non-Jews and she has built a network of contacts with representatives of various religions around the world. She is ICJW’s delegate to the European Network of Women of Faith and the Foundation for Ethnic Understanding. At the International Women’s Day event, Nadine spoke in French, but the event was translated into English, French, Spanish and Italian.