Holocaust Education through Music and Art 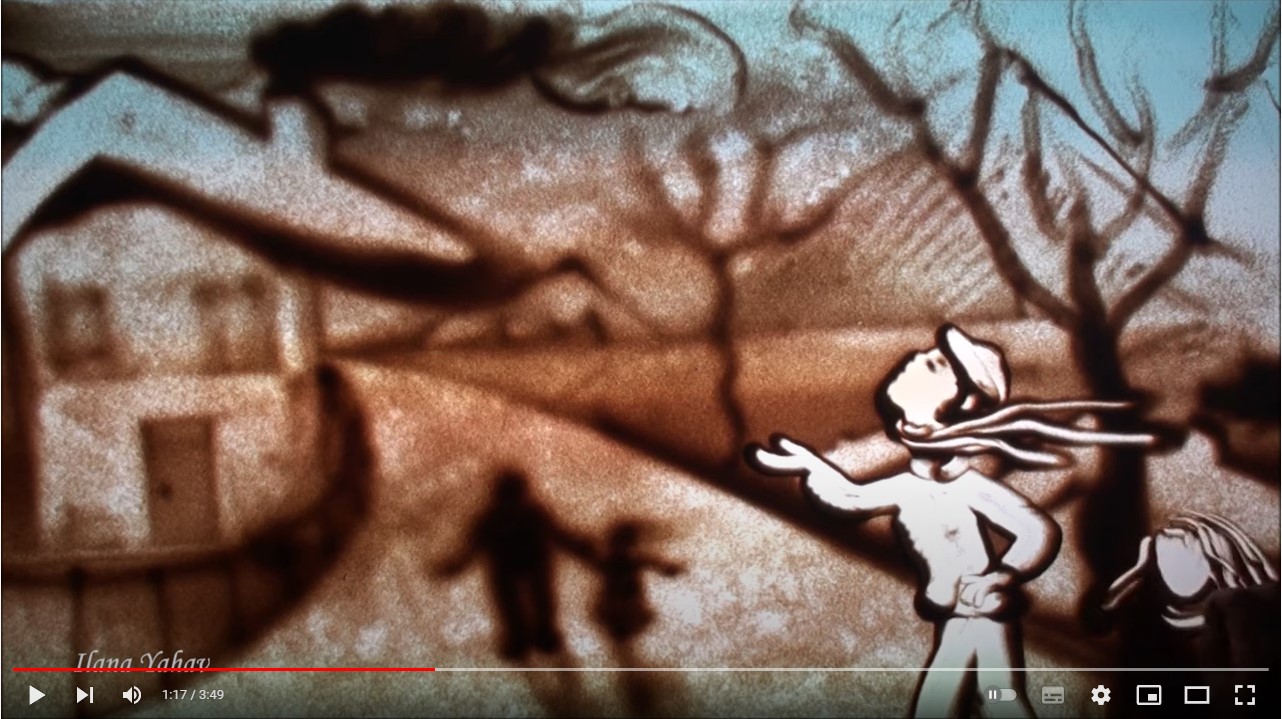 To mark International Holocaust Memorial Day, the International Council of Jewish Women is sharing the ballad “Ashtikale Broit” written by our Co-Chair of Education, Professor Zehavit Gross, which has been translated into 21 languages.

ICJW is proud to share this song because it has a very important message that should be disseminated for International Holocaust Remembrance Day, when we reflect on the universal messages of the Holocaust, which should be transmitted across the world so that such a genocide will never happen again. Singer Dudu Fisher was interviewed with Prof. Gross on i24 Israel TV about the song and its important messages.

Hebrew and Yiddish versions of the video can be found here.

Watch the i24 interview with Dudu Fisher and Prof. Zehavit Gross here.

Prof. Gross explains: “As the witnesses fall silent, our obligation is to rescue the survivors’ memories and stories and convey them out loud to the entire world. This ballad actually “rescues” the story which my father told me, which was based on a true event that my father witnessed in Transnistria. This area included ghettos and camps to which the Jews of North Romania were deported and died from starvation, the cold and epidemics, especially typhus.”

Prof. Zehavit Gross is a second-generation child of Holocaust survivors from Israel. Her father, Zvi Brenner (pictured here) ran a local Holocaust education project called HaGomel to tell his story, and she vowed after his death to share his testimony as widely as possible. She is an international expert in Holocaust education research and head of the UNESCO Chair and the Sal Gelder Center for Holocaust Studies Research, at the Faculty of Education at Bar Ilan University.

She wrote the words of the song “Ashtikale Broit” – “a morsel of bread” in Yiddish – for her young grandson, who is named after her father. It tells her father’s story in simple language for children, in order to help young people to relate to the subject of the Holocaust on and to convey messages of fate, faith and hope. At the same time, the song also speaks to older people, who are moved by its simplicity and its deeper message.

The song is performed by internationally-renowned singer, cantor and actor Dudu Fischer, whose powerful and moving rendition of the ballad “throws” the listener into Eastern Europe during World War II and is deliberately chilling. The video accompanying the song uses sand animation by artist Ilana Yahav to tell the story and express the emotions beneath the words, using art to open up another dimension of emotion and memory.

The song has recently been translated and recorded in Arabic as a Peace Education project. Prof. Gross says: “I believe that art is an important medium to enable people to access and understand difficult subjects. Today, across the world, there are starving children in India, Africa and Bangladesh who are knocking on doors asking for a piece of bread. The main message of the ballad was summarized for Zehavit by Elie Wiesel, during their last meeting at Kibbutz Maale Hahamisha, when he said: “One should not be indifferent, because indifference is lethal.”

“We need to ensure that another Holocaust or genocide will never happened again, and that children should never have to knock on the doors of affluent people and be met with indifference. Our obligation in this world is to employ compassion and care and to fight for justice, peace and the love of ‘the other’.”

Prof. Gross recently sent the video to Pope Francis who was deeply moved by it. The letter from his office said: “His Holiness appreciates this thoughtful presentation and the sentiments that promoted it. With prayerful good wishes for your work.” She was deeply moved by these precious words, which prove that the Pope is a sensitive, humane, and responsible educator.

“His response attests to the fact that the Holocaust has become a universal symbol of the ultimate evil that should be eradicated. His message “With prayerful good wishes for your work” is an important personal message not just for me, but for all those dedicated teachers across the world who see Holocaust Education as a top priority in their professional life.”

Prof. Zehavit Gross is currently seeking professional singers to record her song in 17 languages, including Serbian and Ladino, to add to the English, Hebrew and Yiddish versions that are already available to view here online. If you are interested in helping with this project, you are invited to email [email protected]