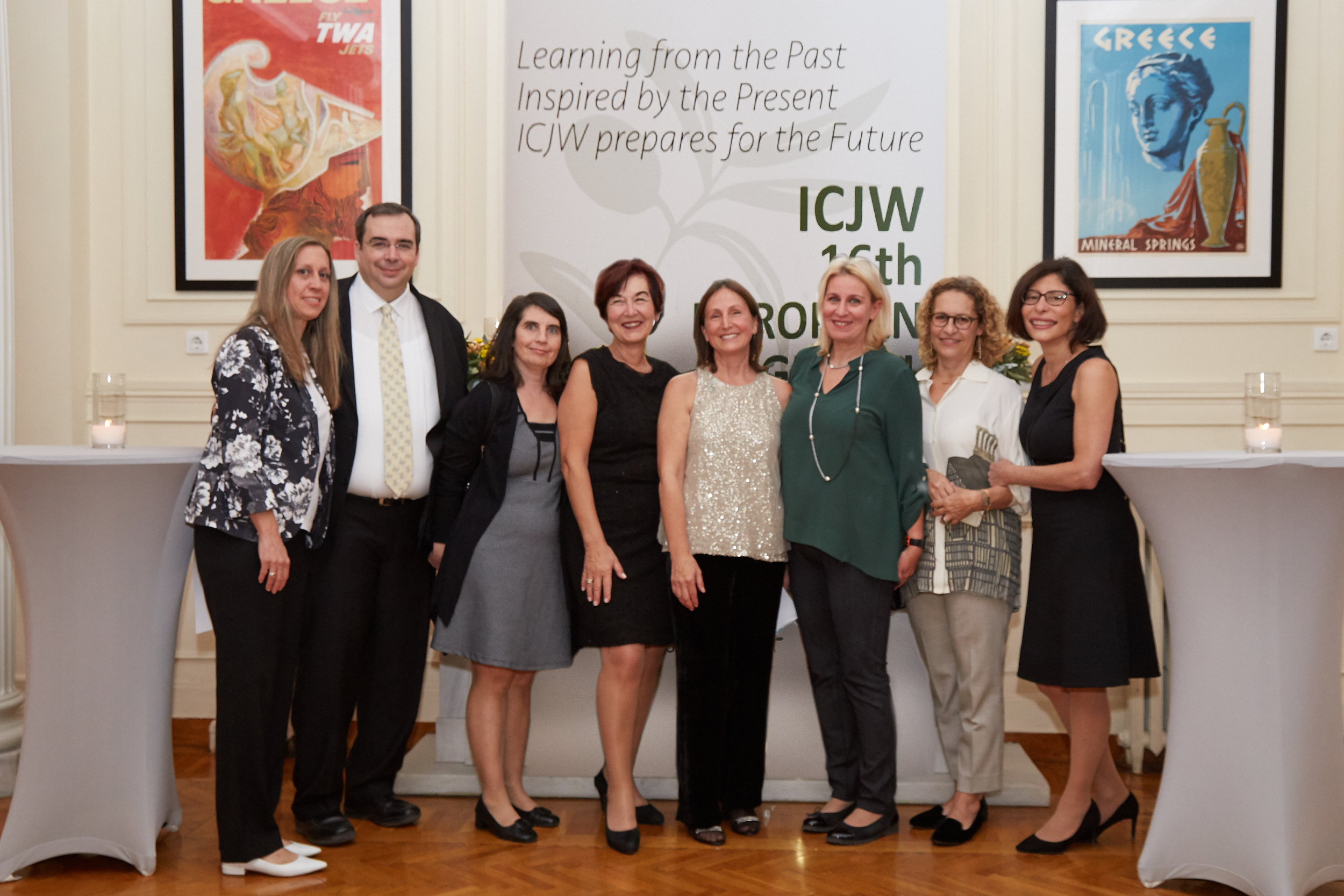 ICJW’s 16th European Conference was held on November 3 – 5, 2019, in Athens, Greece, an Ever-Changing City, with the theme: “Learning from the Past, Inspired by the Present, ICJW Prepares for the Future”. This was ICJW’s first event in the home city of its newest affiliate, ICJW Greece.

The Conference was recorded – click on the picture below to listen to the recordings, presented on the ICJW YouTube Channel.

55 women from all over Europe and beyond attended the 2-day conference in Greece, which was followed by an ICJW Executive Meeting. The opening dinner was held in a building in the centre of Athens that used to house the Jewish Museum. We were welcomed by the President of the Athens Jewish community and the Secretary-General of the Central Board of the Jewish communities in Greece. The main speaker was Niki Kerameus, the Greek Government Minister in charge of Education and Religious Affairs. After dinner, we were entertained by a display of traditional Greek dances from different regions.

Next morning, we met at the Jewish community centre and heard a fascinating Dvar Torah on the importance of names. This was followed by a presentation on the role of Jewish women in the history of Greece. Our speakers continued despite a local power cut, which meant no microphones or presentations! We then heard from the Deputy Chief of Mission from the Embassy of Israel in Greece about bilateral and trilateral relations. Ms Sawson Hasson, from the Druze community in Israel, emphasised that relations were excellent, providing many opportunities for local cooperation. This was followed by a fascinating panel on new Jewish projects in post-Communist countries.

Our afternoon trip to the coast to view the Temple of Poseidon at Sounios was unfortunately spoilt by pouring rain. The following morning we visited the Athens Jewish Museum, the Holocaust Memorial and the Beth Shalom Synagogue, where the very enthusiastic Rabbi regaled us with history and anecdotes.

Over lunch back at the community centre, we heard from ICJW representatives to the United Nations, UNESCO and the Council of Europe, and about the ‘Every Women Treaty’. A panel on new projects and changing communications was presented by three incredible young women, who gave us all much to consider and made us feel positive about our future. The final presentation was about the Lauder School in Athens, which is the jewel in the crown of the community.

The closing dinner was held at the Benaki Museum and was followed by enthusiastic Israeli dancing.

We enjoyed a truly wonderful few days, thanks to the members of ICJW Greece and our European Chair and Vice-Chair, who helped organize the venues, travel arrangements, speakers and, of course, the food!